Today was the first time I encountered a real piece of WW2 history in Japan, aside from the peace memorial in Hiroshima. The subject is rarely talked about and to my knowledge, there are few memorials or museums dedicated to it (as compared to, say, Berlin).

On the way to work we stopped by a cave that was excavated by hand in a nearby hill. Takamichi’s grandfather and three other families worked together to dig out the cave with pick axes. The cave is large – 15 feet deep, 5 feet wide and 5 feet tall – and it took two year to finish the work.

The cave was used both for food storage and as a shelter during bombing raids. Takamichi led us through the entire cave, made up of one long tunnel and four “rooms” that branch off of it, where the families would hide. The temperature and humidity stay almost the same year-round, so the cave is still used for storing various vegetables from time to time.

It’s difficult to imagine four families hiding in the cave for hours. The ceiling is low and in parts requires crawling on your hands and knees to get through. The air is damp and the cave is crawling with spiders of various sizes – Takamichi seemed completely unfazed by them, while I  was barely able to keep myself from shrieking in horror. 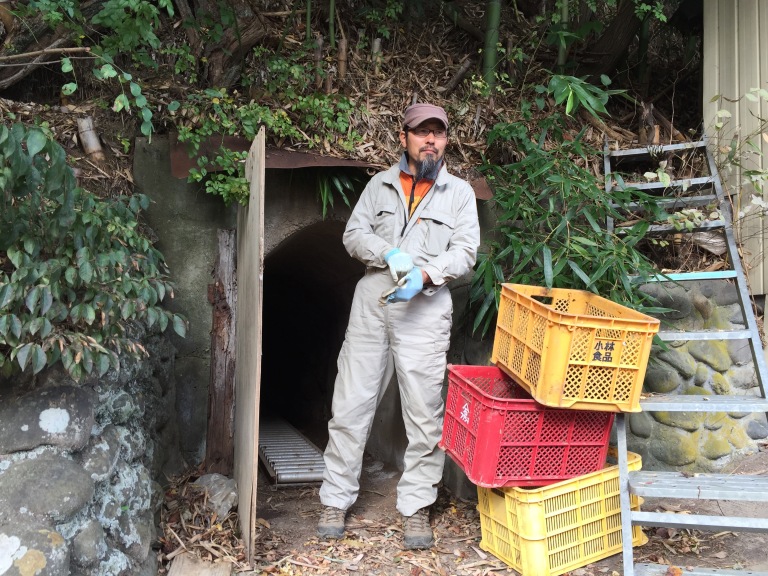 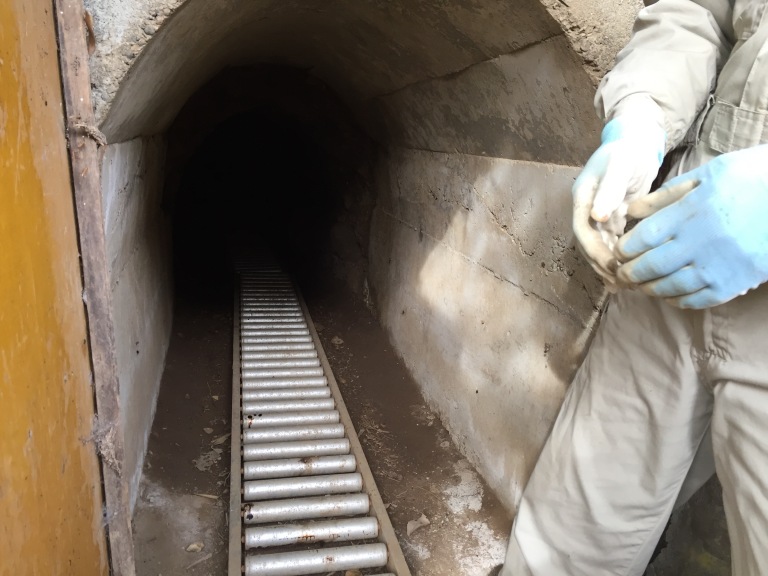 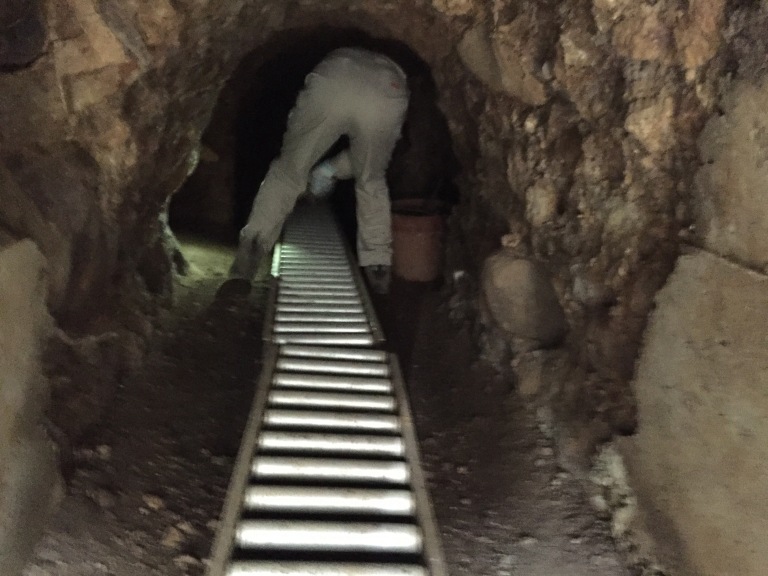 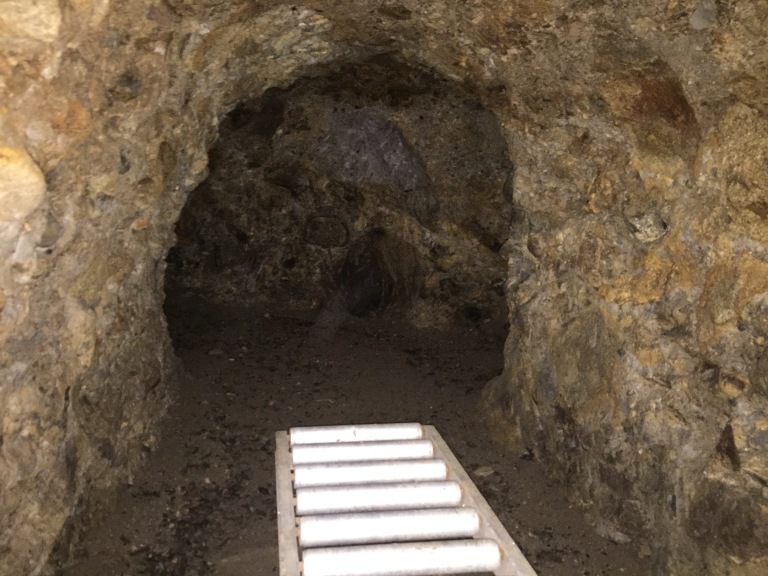 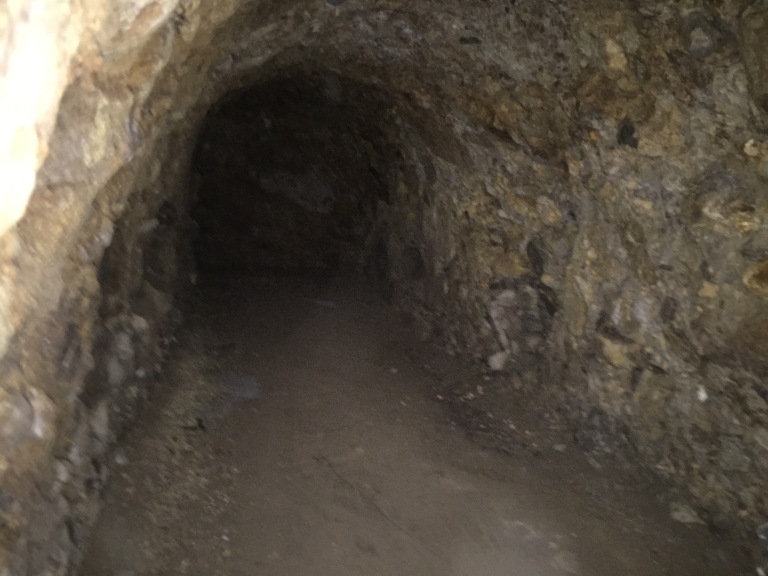